[3/26/2020 UPDATE] If you are reading this because you want to adopt electronic LCA posting for your law firm or company, and get it done FAST, visit the LaborLess website or email us directly at support@laborless.io.

[3/23/2020 UPDATE]. On Friday, March 20, 2020, The US Department of Labor’s (DOL) Office of Foreign Labor Certification (OFLC) finally put out guidance on how immigration practitioners and employers hiring foreign nationals can and should deal with LCA posting during the COVID-19 crisis, and they make it very clear that firms and companies should consider electronic LCA posting. Per the DOL: “During this pandemic, and in general, employers should also be aware that the regulations allow employers to provide electronic notice of an LCA filing.”

[3/19/2020 UPDATE]. The American Immigration Lawyers Association (AILA) released their own Practice Alert entitled, “Fulfilling U.S. Department of Labor Notice Requirements During COVID-19 Outbreak” in which they state that the most conservative method of providing LCA notice right now is electronically. They note using a company intranet or direct email, which comes from 20 C.F.R. §655.734, but of course DOL published a follow-up memo to this last year on 3/15 specifically giving online, internet-based electronic LCA the go-ahead.

On Friday, March 15, 2019, the U.S. Department of Labor published a memo about Labor Condition Application (LCA) posting. The memo isn’t very long, but for employers who hire H-1B visa workers (and for the immigration lawyers who support them), it clarifies a regulation that has, until now, been a source of speculation and guesswork.

Most importantly, this memo finally addresses electronic LCA posting head on, turning what was largely considered a gray area into something that’s much more black-and-white. And as the CEO of LaborLess, an ImmiTech startup that’s laser focused on electronic LCA posting, this was an absolute game changer.

So here’s why the DOL memo is so important.

The regulations have been somewhat unclear (read: really outdated) on electronic LCA posting.

Without getting too into the background of LCA posting regulations, the gist of it is whenever an employer wants to hire an H-1B visa worker, that employer is required by federal law to notify employees of their intent to hire that H-1B worker. Specifically, that employer must submit an LCA to the DOL and then share certain information from that LCA - where the H-1B worker will be located, what their title will be, their salary, etc. - with its current employees. This is called the “notice requirement” and can be done in one of three ways: (1) giving notice to a bargaining representative if applicable (e.g. a union rep), (2) posting a hard copy notice at the physical place of employment, or (3) via electronic means.

Options (1) and (2) have generally been pretty clear and self explanatory - either send a copy of the LCA notice to a union rep, or print it out and post it at the office pantry or wherever employees tend to congregate throughout the work day. It’s the last one that has been elusive.

By elusive, I mean unclear. And by unclear, I mean outdated.

Electronic posting was first allowed way back in 1998 (see footnote 3 in the DOL memo). Do you remember 1998? That was when Windows 98 came out, and when Apple first unveiled the iMac. 1998 was when Google was first founded. Not updated. Founded.

The language of these new regulations, therefore, was limited to the most current technology at that time. I don’t usually like block quotes, but in order to communicate just how dated the language is, here’s a snippet of the actual regulation:

An employer may accomplish [electronic posting] ... through its “home page” or “electronic bulletin board” to employees who have, as a practical matter, direct access to these resources; or through e-mail or an actively circulated electronic message such as the employer's newsletter….

It goes on, but this should give you an idea of how outdated the language is as it relates to the use of technology.

Fast forward to 2019, and nearly every single person on earth has a mobile phone, over 76% of people in the United States have access to the internet (as of 2016), and computers are nearly ubiquitous, especially at the tech and consulting companies that tend to hire H-1B visa workers in the first place. At the same time, the number of H-1B visa applications, and therefore the number of LCA postings, have increased dramatically since the early 90s.. 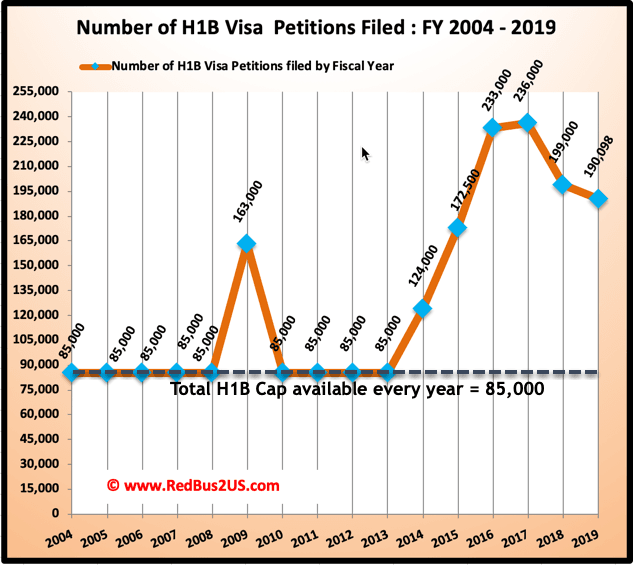 And over the past five or so years, H-1B employers have started to look at ways to take advantage of electronic LCA posting to avoid manual work for the hundreds (sometimes thousands) of LCAs they submit each year. Some have indeed sent LCA notices via email to all employees (this seems reasonable at a small company). Others provide notice via an intranet if they have one. Most employers, however, including consulting companies who place their H-1B workers at third party worksites, large companies with multiple offices and universities with sprawling campuses, have remained sort of in the dark about how to utilize electronic LCA posting if they don’t have an intranet and don’t want to spam employees with LCA emails ten times a day.

However some enterprising companies, particularly large consulting firms with high volume, wanted to automate LCA posting and decided to just go ahead and create electronic LCA posting sites that were on the public internet (see, e.g., Infosys, Tech Mahindra, Capgemini), and provide notice to their employees and affected employees at third party client worksites. That practice has been well intentioned, but not fully addressed by the DOL. Until now. 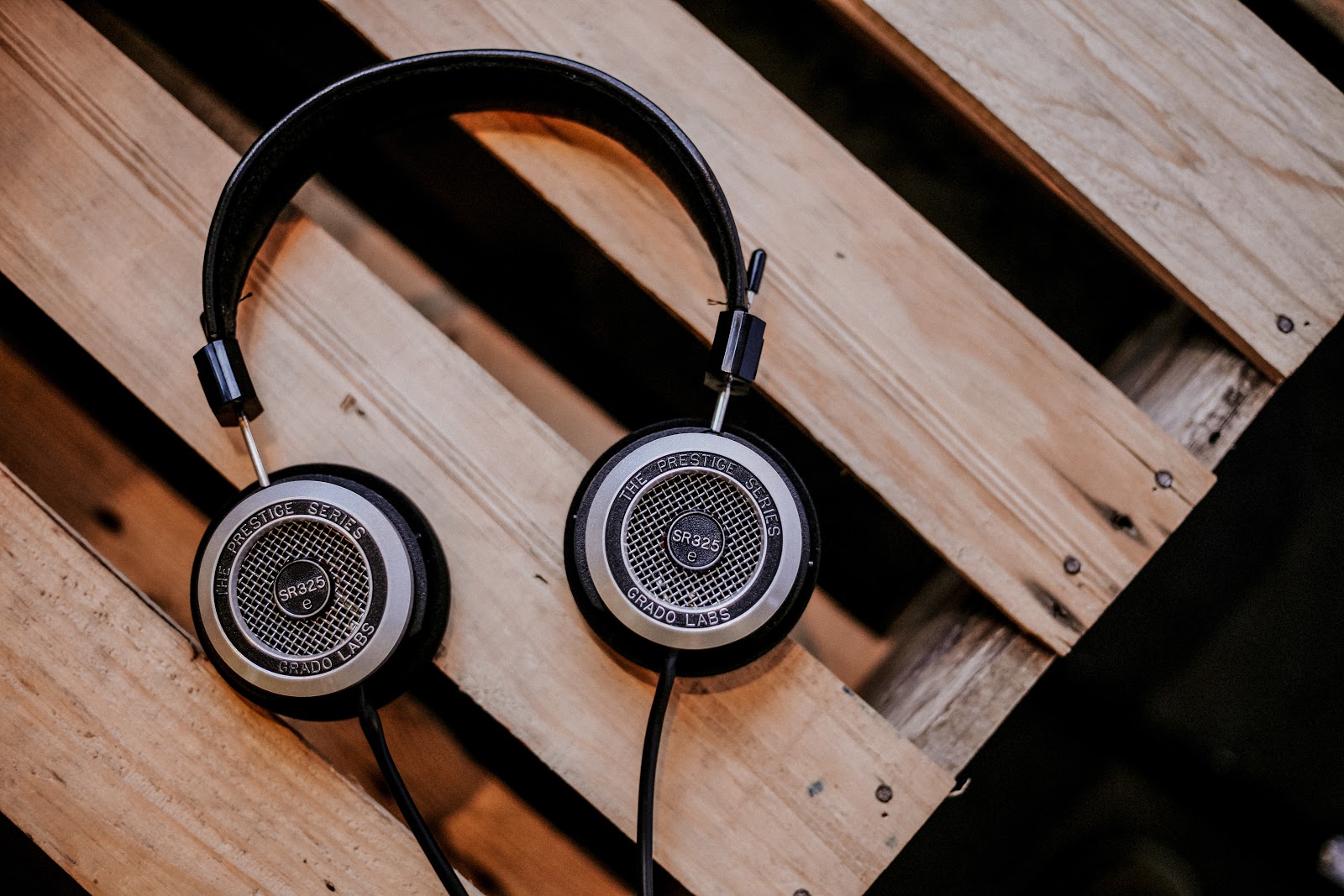 So why is DOL’s memo music to my ears?

Back in 2014 when I was still practicing immigration law, I saw that posting LCAs online was a possibility despite the regulations not being 100% clear on it. This made a lot of sense to me - it was a practical way of providing notice, staying true to the idea of transparency to the US workforce, and doing so in a cost-effective way.

But I also noticed that the LCA posting sites that were out there were all built internally by these large companies, and that still, overwhelmingly, LCAs were being printed, stapled, and manually tracked at the vast majority of companies hiring H-1B workers. To me this was a huge market opportunity - build something that would allow any company, whether they hire one H-1B worker or one thousand, to utilize electronic LCA posting without having to build an expensive internal system. And with immigration trending up and ImmiTech on the rise, I decided to leave the law and bet my career on it.

So why is DOL’s memo music to my ears? Because before Friday, 3/15, it wasn’t 100% clear if the DOL approved of electronic LCA posting that wasn’t made via direct email or on a company intranet. Lawyers I consulted with felt that it aligned with the spirit of the law, and therefore supported it. And may of the large companies that already posted LCAs online had been audited and continued to post online, which felt like tacit approval by the DOL. Still, however, there were some question marks.

Now I’m sure there will be dozens of immigration law firms coming out with analyses of this memo, so I’m going to spare the breakdown of DOL’s legalese. I will, however, quote a portion of the memo (two block quotes!) that highlights how black-and-white DOL’s approval of electronic LCA posting sites is, particularly for consulting companies that place H-1B workers at third party worksites:

This was the music buzzing in my ears. There are many nuances to the memo that I’ll cover in subsequent blog posts and law firms will surely discuss at length, but this was the ultimate stamp of approval.

What’s next for electronic LCA posting?

In my opinion, every company that isn’t posting LCAs electronically and doesn’t have an internal system already built, should now feel comfortable posting LCAs online. I blogged last year about how companies can set up their LCA posting processes, so check that out. And of course, while this blog post is about the DOL memo and the history behind LCA posting generally, I’d be remiss if I didn’t shamelessly plug LaborLess - we’ve been working tirelessly on electronic LCA posting (and public access file management to boot) for three years. We’ve built an intuitive, elegant solution that’s easy to use and built exactly how DOL contemplated in their memo. We can have any company posting electronic LCAs online (and automatically generating cloud-based PAFs) in no time so you can get back to the more interesting and complex parts of immigration and automate the busy work.

Our vision became a reality when we first launched LaborLess, and with DOL’s stamp of approval, that reality is now officially out of the “gray” and finally black-and-white.