What Senator Grassley's LCA Proposal Says About The Federal Government

Early this year, a new bill was introduced to the Senate, the Fairness for High-Skilled Immigrants Act of 2019, or S.386.

The most important thing to know is that this bill proposes to get rid of country-specific green card limitations. Today, every country is allotted the same number of green cards, causing massive backlogs for countries like India and China that have a high number of applicants but no backlogs for countries with fewer applicants. The proposed bill would get rid of country-specific limits, allowing the entire world to compete for one large pot of green cards.

There’s been a lot of coverage about this bill from all sides, so what I wanted to do was unpack a proposed amendment to it that would greatly impact the Labor Condition Application (LCA) process.

On July 9, 2019, Ohio senator Chuck Grassley put out a proposed amendment to S.386, proposing some massive changes to the LCA process.

There’s been some coverage about this proposed amendment as well, including this great write-up by Mayer Brown’s immigration team and some additional details by RedBus2US. But there hasn’t been much of an analysis of what this proposal means. What it says about the federal government.

So I thought I’d share my thoughts an analysis on the subject.

Yes, it’s a proposed amendment… for a bill that isn’t yet law. So there’s no guarantee that anything will actually change.

But it does indicate certain overarching trends. Let’s discuss. 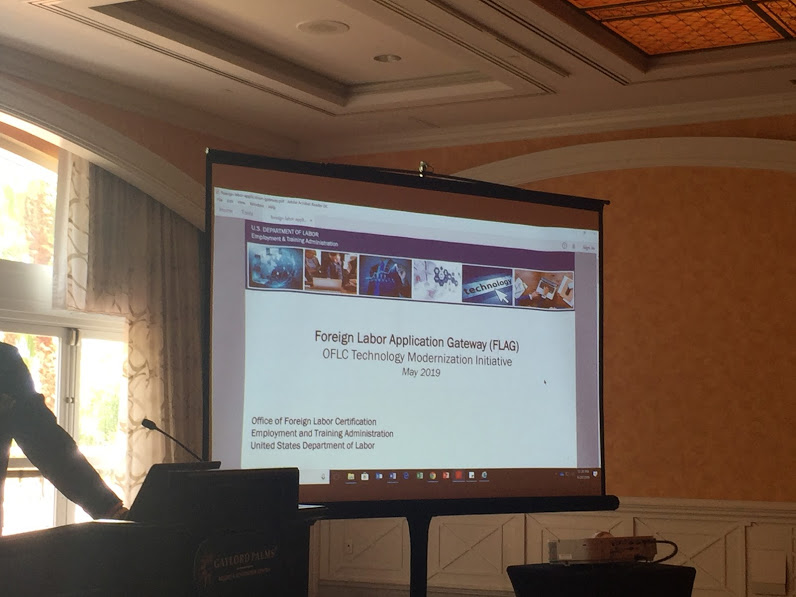 The very first section of Senator Grassley’s amendment proposes a DOL-run website that would enable employers to post certain information about jobs being offered to H-1B candidates. In other words, a state-run LCA posting site.

Moreover, the proposal said that DOL wouldn’t even have to build the site themselves! “The [DOL] may work with private companies or nonprofit organizations to develop and operate the Internet website described…” Senator Grassley’s proposal stated.

Of course, this was immediately emblazoned into my mind. As the CEO of LaborLess, I’ve been perfecting online LCA posting and web-based LCA compliance for years. In fact, when I was initially brainstorming the idea, I actually thought that in a perfect world, the DOL would centralize, digitize and own an online LCA posting site, though I figured this would be too big of a task for too fragmented of a process. Perhaps it could be a possibility.

Ultimately, if the DOL approves Senator Grassley’s amendment and commissions an LCA posting site, LaborLess would be the perfect organization to come in and build it for them.

But I digress, because this part of the amendment indicates a greater trend within the immigration process at the federal government - technology.

On the DOL side, they are incrementally shutting down the iCERT system and rolling out, in phases, a new system called FLAG. They were initially quite hush about the whole thing, though they came out much more publicly about it at this year’s American Immigration Lawyers Association (AILA) annual conference.

On the USCIS side, they are promising an online pre-registration system for cap-subject H-1B cases. And while there’s been some back-and-forth between the immigration bar and USCIS about how this pre-registration process will work, the fact of the matter is that it’s coming.
The government is building and owning more and more immigration tech, and Senator Grassley’s proposal is right in line with this trend.

The federal government is doubling down on compliance.

Immigration compliance has seemingly taken much higher priority than ever before. For one, there’s been an uptick in worksite immigration raids by Immigration and Customs Enforcement (ICE). There’s also been an increase in public access file (PAF) audits by the DOL.

So it’s no wonder that Senator Grassley’s proposed amendments lean so heavily in the direction of increased scrutiny, investigation and enforcement of the LCA process. Since the time I started diving deep into the LCA process, I’ve learned from hundreds of immigration attorneys and in-house immigration specialists that everyone does things slightly differently.

For example, there’s disagreement about whether LCA notice needs to be provided for ten calendar days or ten business days, and how that accounts for company holidays vs. national holidays. Law firms and H-1B employers have also differed in opinion about third-party LCA posting notices, what goes into a PAF and when, and so on.

Of course many of the folks I spoke to knew exactly what “needs” to be done, but admitted they sometimes dropped the ball - whether creating PAFs after 24 hours of submitting the corresponding LCA to the DOL for review, posting LCA notice after submitting the LCA to the DOL rather than before, not confirming third-party postings (or not posting them at all), etc.

Seemingly, that’s just how things are, and how they’ve been for decades.

But it feels like the government is catching on. Most of these hiccups aren’t egregious - indeed, we all make mistakes and miss things once in a while. Still, it feels like the government is recognizing aspects of the immigration process that have heretofore been opaque, and trying to bring some clarity around them. In this case, it’s the LCA process.

LCA enforcement is on the rise, whether through Senator Grassley’s amendment or otherwise.

Political discussion about tax dollars aside, we all know that the government, despite it’s huge budget, has many under-funded initiatives and agencies.

At the AILA national conference this past June, the DOL’s Employment & Training Administration (ETA) described some of their funding issues. Specifically, they noted being flat-funded over the past handful of years despite growing volumes of various visa categories, which, they explained, have caused adjudication delays.

How do these delays happen? ETA is forced to borrow members from one team and put them on another to work on whatever is high priority at any given time, causing visa backlogs. In other words, they’re short-staffed and underfunded.

And while this was just one example of underfunding, I’m confident it’s not an outlier. So it makes sense for the government to tack on fees wherever possible.

On the USCIS side, for example, USCIS increased its premium processing fee in October 2018 from 1,225 to $1,410, a “14.92% increase” boasted the department. And as recently as September 3, 2019, USCIS announced a $10 fee for the electronic H-1B registration system mentioned above. Despite the seemingly low fee per transaction, it’s estimated to add up to over $2M when all’s said and done.

On the DOL side, I haven’t heard of any fee updates, but I was always curious as to why it was free to submit an LCA through iCERT. In my experience both practicing immigration law and talking to hundreds of immigration lawyers, it’s common to make mistakes on the LCA and simply withdraw and draft and submit a new one. No harm no foul, since it’s free.

But is it really “free”? Every LCA that enters the iCERT system takes up the system’s resources. And if it gets through the system and in front of an adjudicator, it takes up employee time. I always thought it would make sense to charge for LCAs, if not to make money then at least to decrease the number of erroneously filled-out LCAs that enter the system.

Plus, LCA volumes can reach over 600,000 per year - a $10 fee, similar to the H-1B pre-registration system for example, could yield a cool $6M in revenue for the DOL, which they could then theoretically use to hire more staff or otherwise re-invest into the department. So Senator Grassley’s proposal to charge an LCA fee makes perfect sense.

Now I know some of my observations may be naïve or flat out disagreeable, but I’m merely sharing my opinion as to the direction I feel things are heading. Whereas most immigration lawyers spend only a small part of their time thinking about the LCA process, I’m lucky enough to live in it exclusively, learn about what different law firms and employers are doing, and ensure that LaborLess reflects these learnings and provides the best possible LCA compliance product on the market.

Most would agree, I think, that immigration compliance is becoming increasingly important, with enforcement on the rise to boot.

And that doesn’t mean companies should be afraid of hiring foreign nationals. Indeed, H-1B numbers went up in FY 2018 after dipping slightly in FY 2017.

But it does mean that if you’re been ignoring your H-1B compliance process, now’s the time to start seriously thinking about it.